However, you do not want to go against the groom’s wishes. It is okay to discuss certain details with the groom to ensure that you are keeping it within his expectations.

If you are looking for games and other bachelor party ideas, you have come to the right place. Following is a selection of some of the most popular games for the perfect bachelor party for any crowd.

Following are some suggestions of the most popular drinking games for bachelor parties. 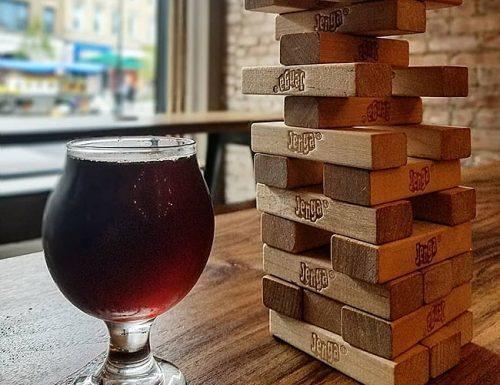 Everyone has most certainly played Jenga before, if not Drunken Jenga. All you need is the Jenga board game consisting of wooden blocks. And alcohol, of course!

You can play in teams or groups of 2-4 people. Or if you have a rather large group of people you can have more than one game going on at the same time, provided you have multiple Jenga games.

You would build the Jenga tower as you would normally do when playing this timeless classic board game. Then each player would take a turn to remove one of the wooden blocks and replacing it on top without knocking down the tower. If the tower falls, the person who removed the block that knocks it over is the “loser.”

In Drunken Jenga, the “loser” gets to drink the “trash can punch.” Basically, you put out a large glass and everyone in the party adds a shot or two of their beverage to the “communal” glass. You might end up with an interesting combination of Jack Daniels, beer and vodka! The “loser” of each round will then have to chug the entire glass of “trash can punch.”. 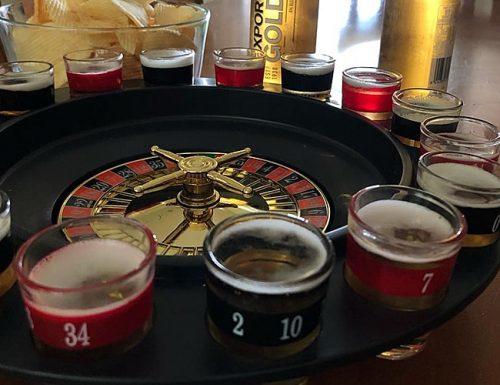 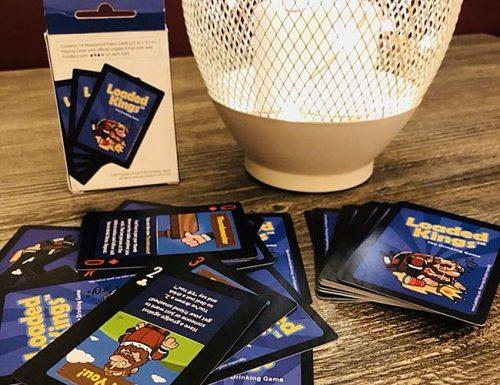 For this popular drinking game, you will need the deck of cards with the same name. And lots and lots of booze! Similar to the rules for Drunken Jenga, every player will pour some of their drink into a glass located in the center of the table.

You would then follow the directions per each card drawn. For example

If the weather cooperates you can also play outdoor bachelor party games such as cornhole or pub golf.

Bar hopping, or a pub crawl, is a classic way to celebrate a bachelor party. You can travel to each bar as a group, or break into teams. Remember not to do anything illegal (unless you have bail money) and to drink responsibly, so no one ends up injured. 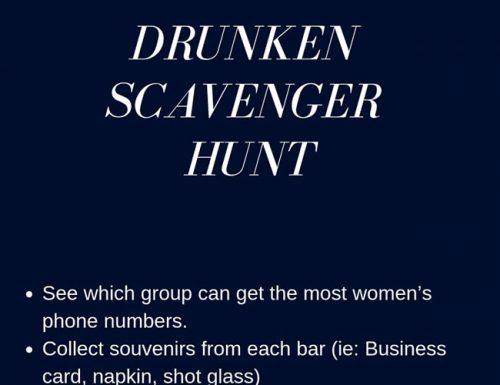 Scavenger Hunts are always a popular game for both bachelor and bachelorette parties. And a pub crawl makes them even more fun. You would break into teams for anywhere from 2-6 people. Each team would have to find the items listed on the scavenger hunt. Or perform a task included in the hunt. Some examples are as follows: 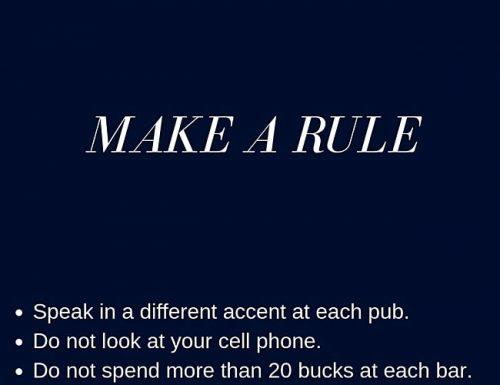 This game involves the entire bachelor party and is one of the most fun bar hopping games. Every 20 minutes, another person gets to make a new rule that every member of the party must follow. You have to remember all the rules and if you break one, you must chug the remainder of your drink or due to a shot. Here are some examples to get you started. 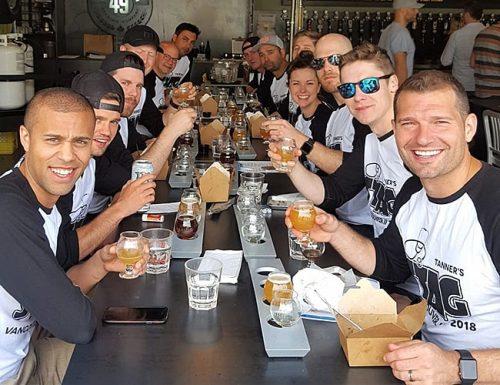 For this game, you must pair off with someone else and tie your legs together, similar to a 3-legged race. This person is your partner for the remainder of the evening.

Everyone starts at the same bar. Each team must drink 2 drinks (one per person) or shots and then head to the next stop on the bar crawl. The team that finishes their last drank at the last bar first is the winner.

Funny Games To Play On A Party Bus

If you want to make sure that no one drinks and drives, you can rent a bachelor bus. This is also a good way to keep an eye on everyone and to keep everyone engaged in the festivities. Of course, you will want to plan some games to play on a party bus to keep everyone entertained on the way to your destination. 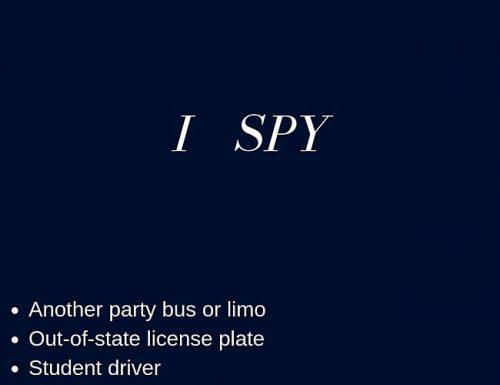 This may sound like a child’s game but when you get a bunch of grown men together, especially if they have been drinking, I Spy can be a fun adult game as well. You can basically come up with a list of things to spot while on the drive. For example: 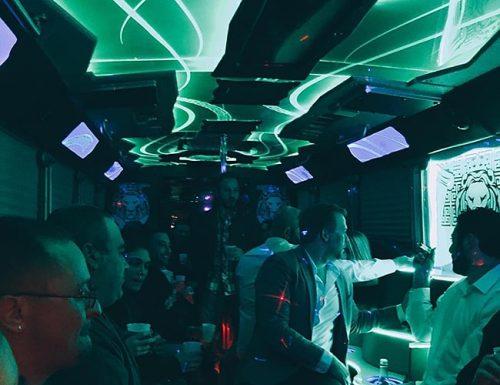 A great playlist is a must for a party bus! You can make it even more fun by making it a musical challenge. Pick a list of songs from various music genres and play a rowdy game of “Name that Tune.” 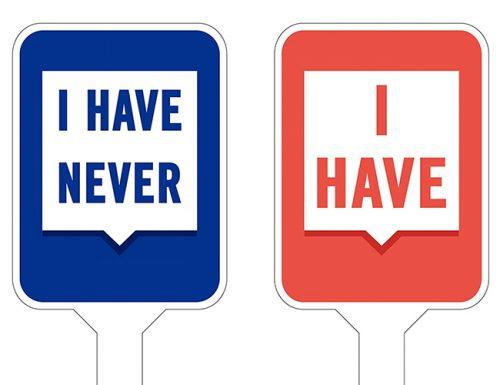 This is another drinking game that you may remember from your younger years. Each person takes a turn with an “I Never” statement (ie: I have never gone skinny dipping) and everyone who has done that statement, must take a drink. If no one drinks, then the person who made the statement must drink.

Bachelor Party Games At Home For Any Crowd

Not every bachelor party involves bar hopping or going out on the town. If the groom prefers a party at home, you can still plan fun bachelor party games. You can do modified non-drinking variations of the aforementioned games or find other games that are appropriate for all ages and walks of life.

Here are some suggestions for bachelor party games at home: 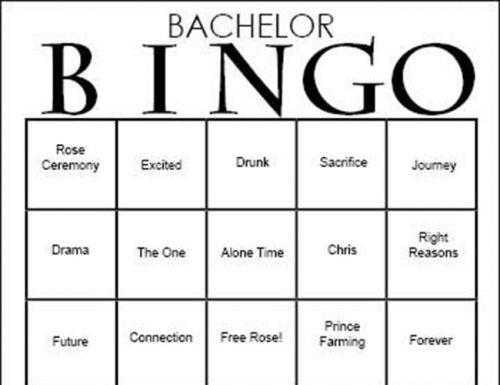 Bachelor Bingo is always a fun game and can be played with any crowd. You can easily find printable bingo cards online that are suitable for a bachelor party or make your own. You would need the pre-made, a list of questions and bingo chips. You would then compose a list of questions about the bachelor of which the answers are on the bingo cards. You read each question and then the guests mark the spot with the appropriate answer. Whoever gets BINGO first is the winner! 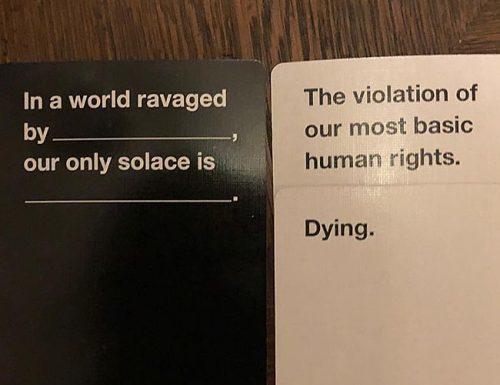 Everyone loves this popular card game! You can purchase this game online. The cards are dealt per the instructions on the game. The first player asks a question using one of their black cards and each player must then submit one of their white cards as an answer. The players who asked the question then gets to choose the answer they like best. They then give the person who submitted the best answer the black card. Whoever has the most black cards at the end of the game wins. This game is very engaging and can go on for hours! 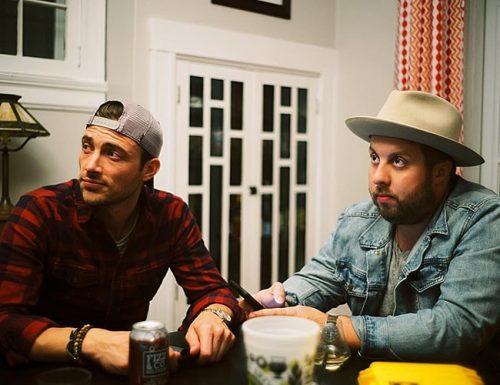 Who doesn’t love a good game of charades? All you need is a basket with the categories for the charades. You can play in teams or have each person take a turn. They must then act out the suggestion on the card without speaking. Whoever guesses correctly wins and then goes next! You can act out song titles, book titles, movie titles, quotes and so on!

Keep in mind that these games are also good ideas for engagement party games.

Remember, you are planning the bachelor party games for the groom, so the groom does not drink, you need to find some games that do not involve drinking. This does not mean you can not have fun! There are plenty of entertaining games that you can play that do not include drinking.

Here are some fun bachelor party games without alcohol: 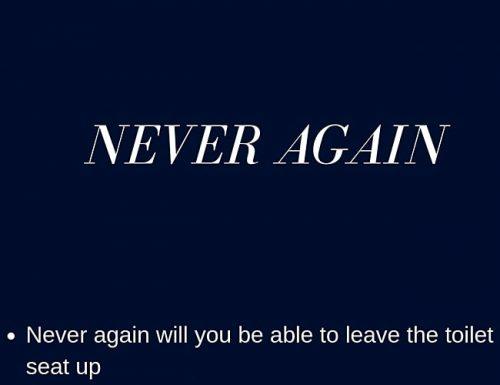 In this game, each player will use scraps of paper to write things that the groom will no longer be able to do once he is wed. Then someone has to read them aloud and the groom has to guess who wrote which item. Some suggestions are: 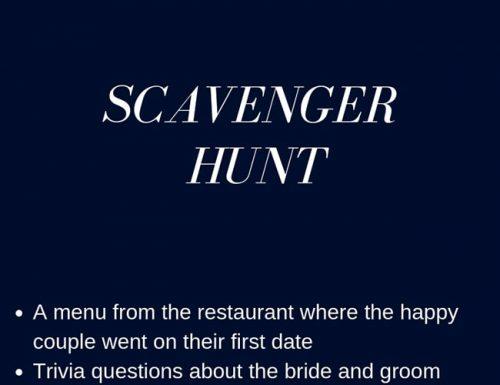 You do not have to drink to have a fun scavenger hunt. You can make a list of items that are more wholesome than you would for a party that included drinking. Here are some suggestions: 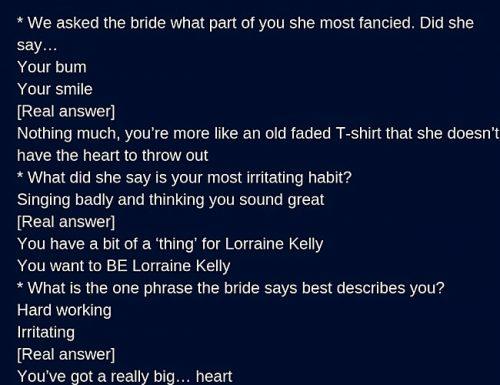 Bachelor Jeopardy is always a fun game. Similar to bachelor bingo, you would comprise a series of questions about the bachelor. But instead of asking the group the questions, you would write the answers on a board similar to the popular game show Jeopardy under various categories. You would then call on a guest to pick a category, and they would then have to come up the correct question that corresponds with that answer. This is a great way to see how well everyone knows the groom. The female version of this game is one of the most popular bachelorette party games as well.

We hope you have found some great ideas for bachelor party games from our list! Good luck planning the bachelor party and have a fun (and safe) evening!

Check out our website for an idea for everything from wedding gift ideas to wedding entertainment!