Ask any of your married friends and they’ll tell you that they truly understand the adage “it takes a village to raise a child”. Only, the child, in this case, is your wedding ceremony and reception, and the village is your wedding party. There are a dozen or more wedding roles to fill and to make sure your big day goes off without a hitch, you best choose wisely.

The best way to choose the best team is by understanding what wedding role needs to be filled and the associated responsibilities. 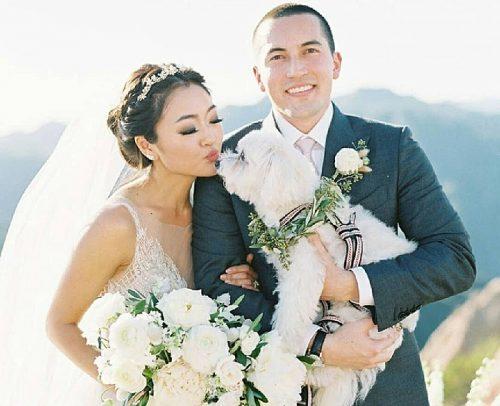 Even in an ideal world where both bride and groom evenly contribute to roles in a wedding, both will still have some individual expectations to independently fulfill. This section of our wedding party list shows you what you can do together and a few tasks you’ll have to tackle solo.
Bride:

Related postA Guide For Getting A Marriage License In 2020

Father & Mother of the Bride Roles 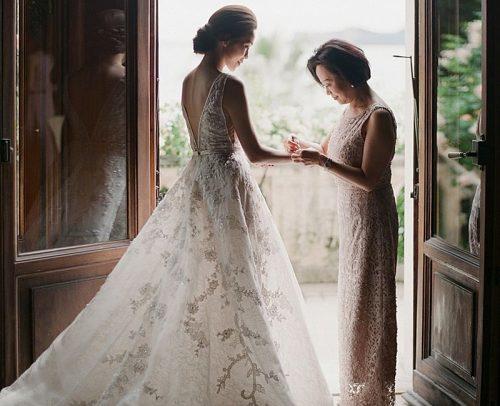 A wedding really is a family affair, and the parents of the bride have plenty on their plate. A lot of these wedding party roles are based in tradition, so take them with a grain of salt. Ultimately, this is your wedding and you get to choose how involved your parents are and what roles they play.
Father Of The Bride:
If your wedding is following tradition, the bride’s parents foot the bill for the wedding with the bulk of the budget falling on the father. This is no set-in-stone rule, but tradition still plays a role in today’s society.

The father of the bride is also encouraged to play taxi driver at the airport for out of town guests, navigator between various venues and lodgings, and official rainmaker when it comes to dishing out tips and settling bills after the guests have left.

The best chores come during the ceremony. Father of the Bride has the honor of delivering the most tear-jerking speech out of all the wedding party and lead a starring role during the first dance.
Mother of the Bride:
Mom’s involvement is more of a role than a list of tasks. She’ll be heavily involved with wedding planning – especially when it comes to gown choice – and will have to put her stamp of approval on the final guest list as well as helping you create your wedding role list. She’ll host the bridal party and rehearsal dinner and act as the reception hostess.

Her most underappreciated role is research. Count on the mother of the bride to look into family traditions so that you can carry on certain details that your bloodline has been passing down from generation to generation.

Father & Mother of the Groom Responsibilities 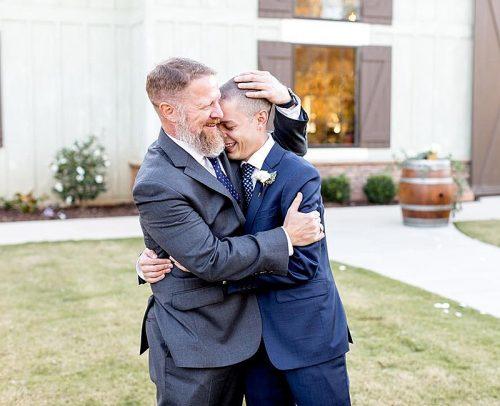 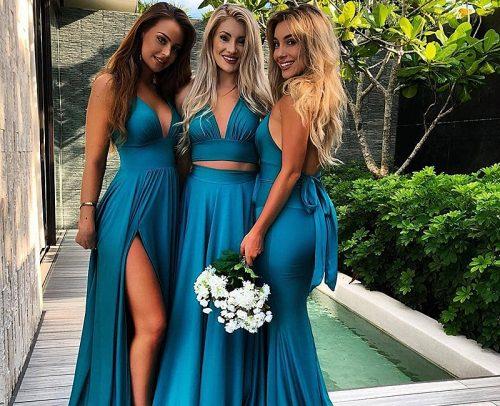 The maid of honor is typically a very close sister or the bride’s best friend, even if that friend happens to be a man. She signs the marriage license, toasts the newlyweds at the reception, and – most importantly – is the bride’s pillar.

She stands by her side both emotionally and physically. Beyond supporting her through the entire ordeal, the maid of honor holds the bouquet during the ceremony, adjusts the bride’s gown and train at the altar, and holds onto the groom’s wedding ring until it’s time for “I Do”.

You can also check this FREE Download: Maid of Honor Checklist

Related postExciting Bridal Shower Ideas Sure To Please Everyone 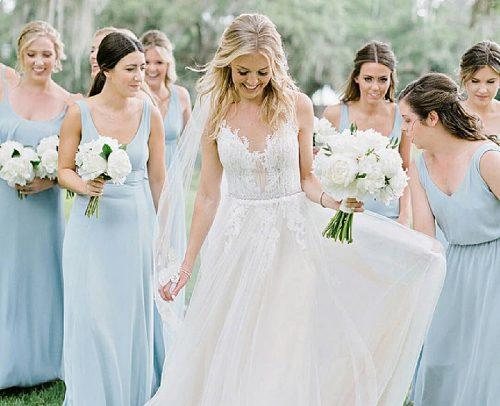 Bridesmaids are the bride’s closest allies over the age of 16, otherwise, they are considered junior bridesmaids. There’s no actual limit, but the social norm is under 12.

These wedding positions are responsible for supporting the maid of honor with wedding planning duties such as addressing invitations, contributing to DIY decor, and planning the wedding shower and bachelorette parties. 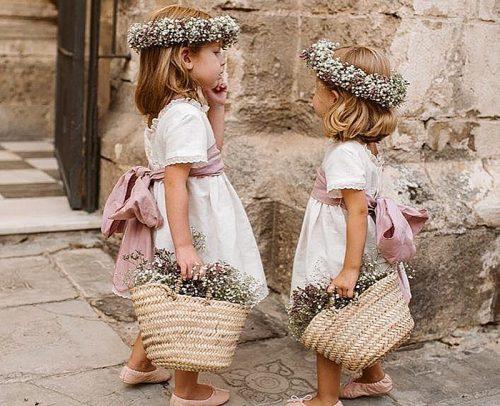 Flower girls are typically between the ages of 3 and 8, and responsible for preparing the aisle with scattered flower petals. The tradition of this wedding position comes from the attempt to encourage procreation with flowers and spices, but today it’s simply adorable. So much so that we’ve started inviting furry friends to scatter petals in place of smaller children.


Related post30 The Best Wedding Photos Ideas You Should Try 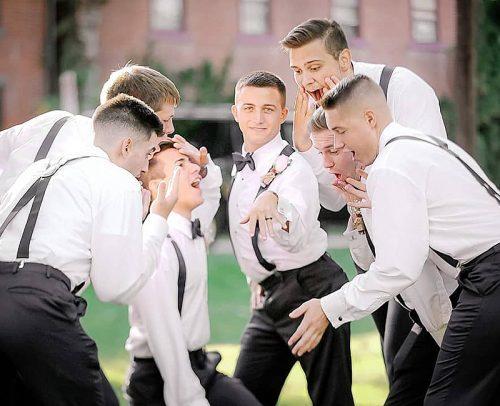 The best man is a counterpart to the maid of honor. He’s responsible for supporting the Groom through the entire planning process, executing the bachelor party, getting the groom to the altar on time and in good fashion, and signing the marriage license.
He’s also expected to be the life of the party with the killer delivery of a toast and keeping guests motivated to dance.


Related postHow To Write A Best Man Speech: Useful Tips And Templates In 2020 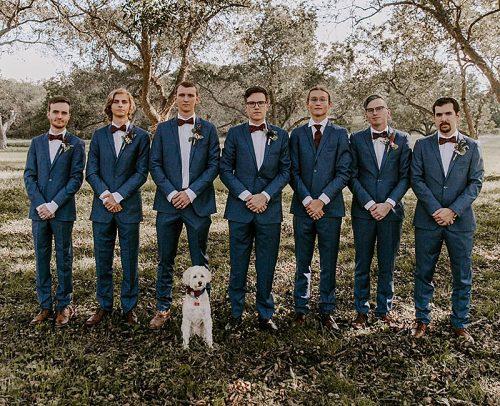 Groomsmen are the party behind the Best Man. They aid in every way they can, and are always on standby to help usher guests. They’ll chip in for the bachelor party, and these wedding attendants take pleasure in decorating the bride and groom’s getaway car. 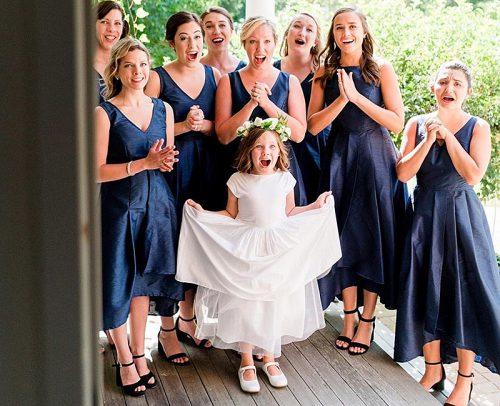 Junior roles are fairly similar to traditional roles but aged between 9 and 16. They’ll attend the same functions – with exception to bachelor/ette parties – and fulfill similar duties. The only major difference is that attire is a little more reigned in to be age appropriate. 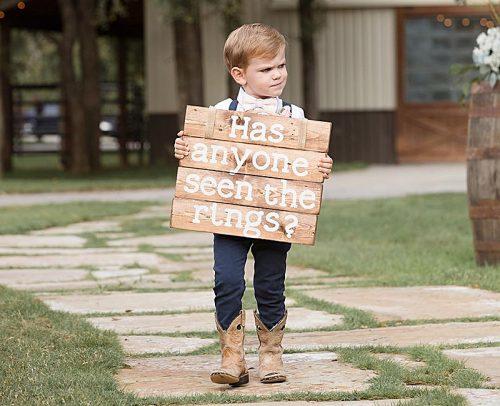 The ring bearer has 2 jobs. The first is to carry the wedding rings on a pillow to the altar. The second is to look ridiculously cute doing it. Similar to the Flower Girl, the ring bearer is typically a boy between the ages of 3 and 8. Because of the age of the child and cost – and significance! – of the rings, they’re usually fake with the real ones resting with the maid of honor and best man.

The most common titles of Officiants are Rabbi, Priest, Minister, or Justice of the Peace. Depending on your religion and traditions, there may be different styles, practices, or words used. But, the sole responsibility of the officiant is to perform the marriage ceremony.

Many modern couples are having their very close friends get a certification of one sort or another so that they can be the ones to officially marry the bride and groom.


Related postHow To Officiate A Wedding? 2020 Guide For You 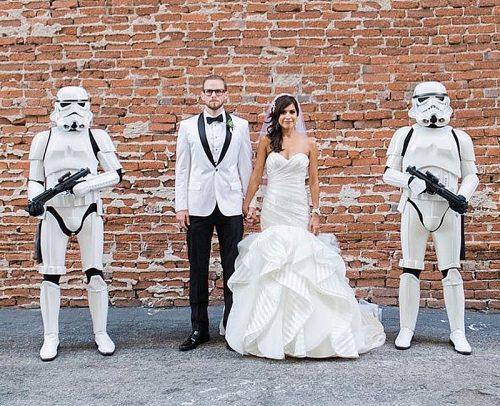 There are a few irregular roles in a wedding that you should also consider, especially if your wedding follows a particular religious belief. Even if your wedding is secular, there may be a certain friend or family member that would be happy to follow a similar process.

A traditional role in which a preteen light candles at the altar just before the mother of the bride is seated after her walk down the aisle. Typically these candles surround the Unity candle, which remains unlit until the bride and groom get to it.

Also known as Train Bearers, these young boys or girls are responsible for carrying the brides wedding gown train down the aisle.

Jewish weddings traditionally involve a Chuppah – a canopy where the bride and groom stand during the ceremony. The couple may elect close and personal friends and family to be responsible for holding one of the poles.

Rather than specific people being assigned specific roles and responsibilities, Jewish tradition would designate wedding roles for friends and family members involved with wedding planning as Shushavims. The role can be as small or as significant as the bride and groom choose.

This role is pretty specific and really only applies to Greek Orthodox. Today the Koumbaro can be any man who is in the wedding party that’s close to the Groom, but traditionally it was the Groom’s godfather. His most significant responsibility is to place a crown on both the groom and bride’s heads, and then swap them back and forth 3 times to symbolize the bond between them and making the marriage complete.

Vratimi is the Greek Orthodox groomsmen who support the Koumbaro. They perform similar roles and tasks to your typical groomsmen.

This is the Muslim version of the groomsmen. Haattabin is responsible for preparing the groom for the wedding and participate in the ceremony. In some countries, it’s the hattabin who proposes to the bride on the groom’s behalf.

Knowing the various wedding roles and associated tasks make it much easier to choose who you want on your wedding party and how to rely on them. It also makes wedding planning a whole lot easier once you understand who to turn to and when. We hope that this list of wedding roles and responsibilities helps you through your wedding journey.
As always, happy planning!

The Main Roles At The Wedding (Infographic) – Click “Pin” And Save!