The Vikings people were trades, warriors, and explorers as far back as the 11th century. But away from the brutal raids and pillaging, Vikings are very popular because they take us back to their roots and culture. Also, the women from these Scandinavian origins were fearless, strong, and stunning. And the brides wore their hair long because it represented their sex appeal.

So if you are like us who have been Viking fans for years, you would want to incorporate their tradition into your wedding. 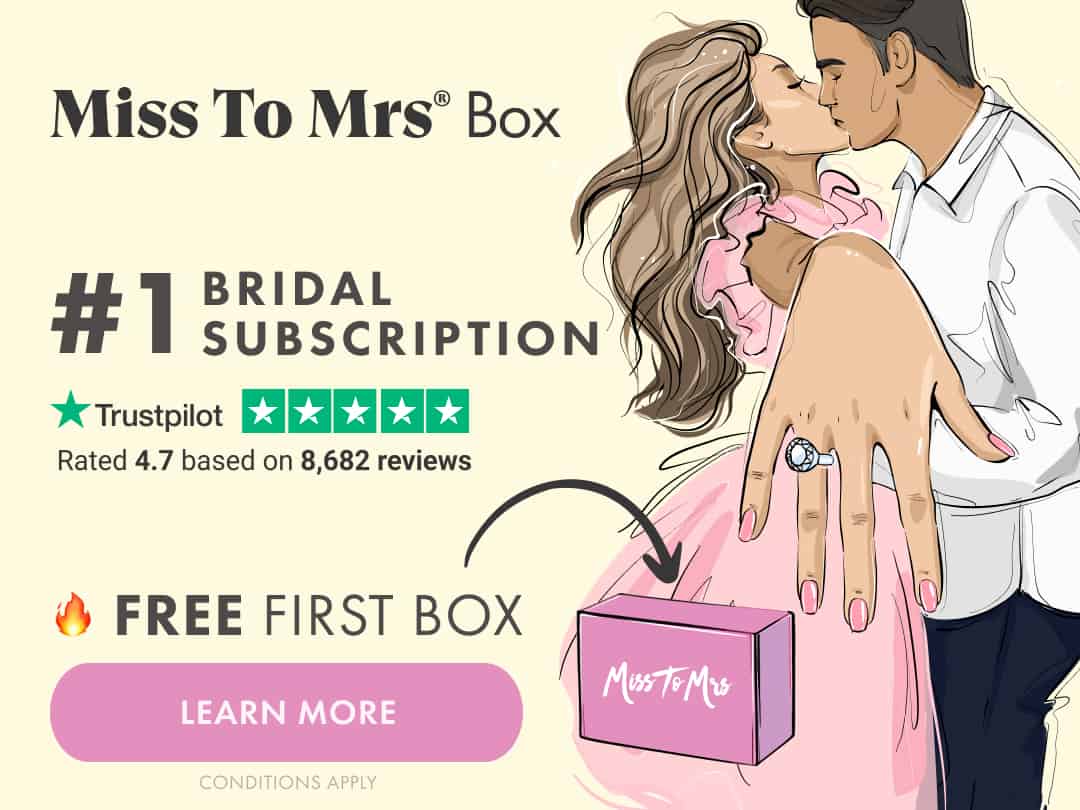 One of the next ways to infuse their adventurous signature is by wearing Viking wedding hairstyles. Of course, there are tons of modern twists and accessories that make them stand out and we have curated a comprehensive list from updos to braids. So if you want inspiration for your Viking big day hairdos, see this post for ideas.

What are some feminine Viking wedding hairstyle ideas?

If you feel like infusing the Viking fierceness at your wedding, wear the hairstyle. Opt for a half updo with curls, twists, and fishtail. We also love the Viking-inspired eccentric braided halo hairstyle perfect for medium hair length. If you want some dimensions, highlight the tips and sweep your hair into a high bun, side bun, or top knot. We also love the Mohawks, cascading, and wavy locs.

What hairstyles did Viking brides wear?

Wear volumized loose curls or a mid ponytail with two side braids. We also love the half up half down hairstyle with the up part in Dutch braids and mini cornrows. Think loose braids, center braids, and two French braids with balayage highlights. You can also wear curls on the side or spot a side buzz with lengthy Mohawks or bob cuts for some refreshing fierceness.

How long does my hair have to be for the perfect Viking wedding hairstyle?

Viking hairstyles’ wedding ideas lean towards long tresses. This is because it gave Viking women more appeal. So if you have long hair, you are halfway there. However, if your hair doesn’t go past your shoulders, options for extensions like faux locks and braids are welcome. For people with short hair who don’t want extensions, mini Dutch, snake, French, and shield braids can give your overall look a facelift.

Many warrior women usually wore long hair Viking wedding hairstyles which offer the majority of options. But even if you have medium or short-length hair, these styles would work for you. Shield maiden’s women swept back their hair so the most spectacular style is the low and high ponytail. Braid your hair Dutch-style down your back, opt for messy waves with a crown pony, or have your hair slicked back and secured with a Norse scarf. You can leave out some hair to frame the face.

Alternatively, half up half down braids, tests, and mini locks are amazing. But if you want a romantic look. Opt for loose braids to the back and accentuate with flowers. Do not also forget that styles with central French braids accentuated with gold rings are also synonymous with royalty. 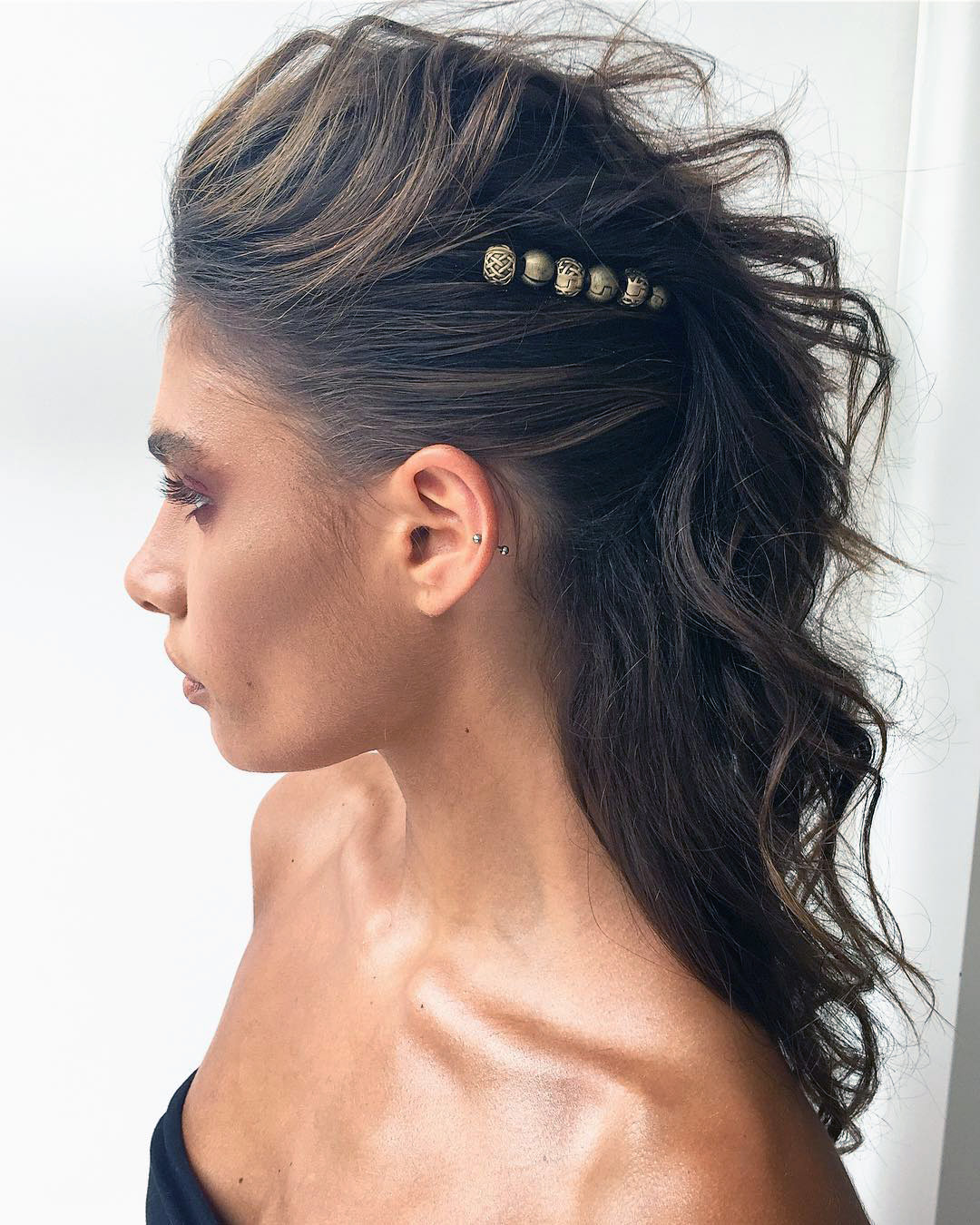 Medieval Princess Bride Of The Viking

Viking wedding hairstyles for medieval princess brides are either simple or over the top. If you want an elegant but glam Viking wedding hairstyle traditional option, wear the bubbles and braids. This style incorporates a bubble ponytail in the middle of braids done on two sides of the head. Finish off this look with spiral hair cuffs or gold hair rings with more details. We also fell in love with the front rolled fishtail braids if you are a Lagertha fan.

Add some texture by encircling these braids over your forehead like a scarf with two snake braids on the sides. Elevate this look with a statement black raven barrette or carved bone comb. If you love the half-up style, do a topknot peppered by braids and let them fall free. Secure the hair with dragon hairpins and run Norse crystal chains through it. 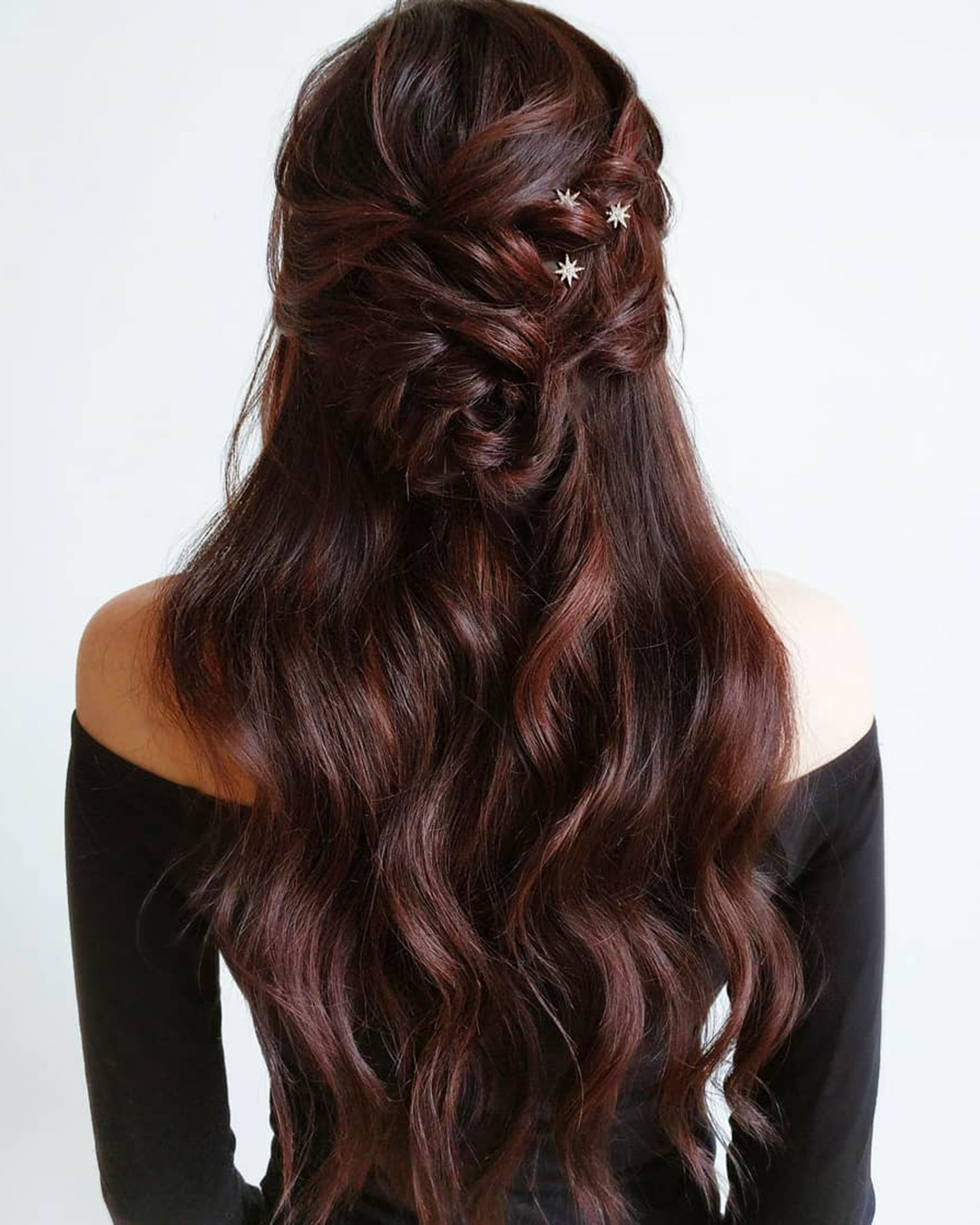 Female Viking wedding hairstyles are incomplete without the crown. Traditionally, the Viking maiden wore a Fransen or circlet which symbolizes purity. However, on the wedding day, she exchanges it for the golden wheat wedding crown that symbolizes fertility and prosperity. This is until spring when the wheat is sewn into the ground to continue fertilizing.

For the modern bride, the crown is of silver that consists of a turn of crosses and clover leaves. In flamboyant cases, it incorporates delicate chains that sparkle like miniature waterfalls at the top. It is jeweled with crystals adorned with red and green cords or garnet and tourmaline gems in both colors. But you can play around with your choice of stones for a contemporary design. 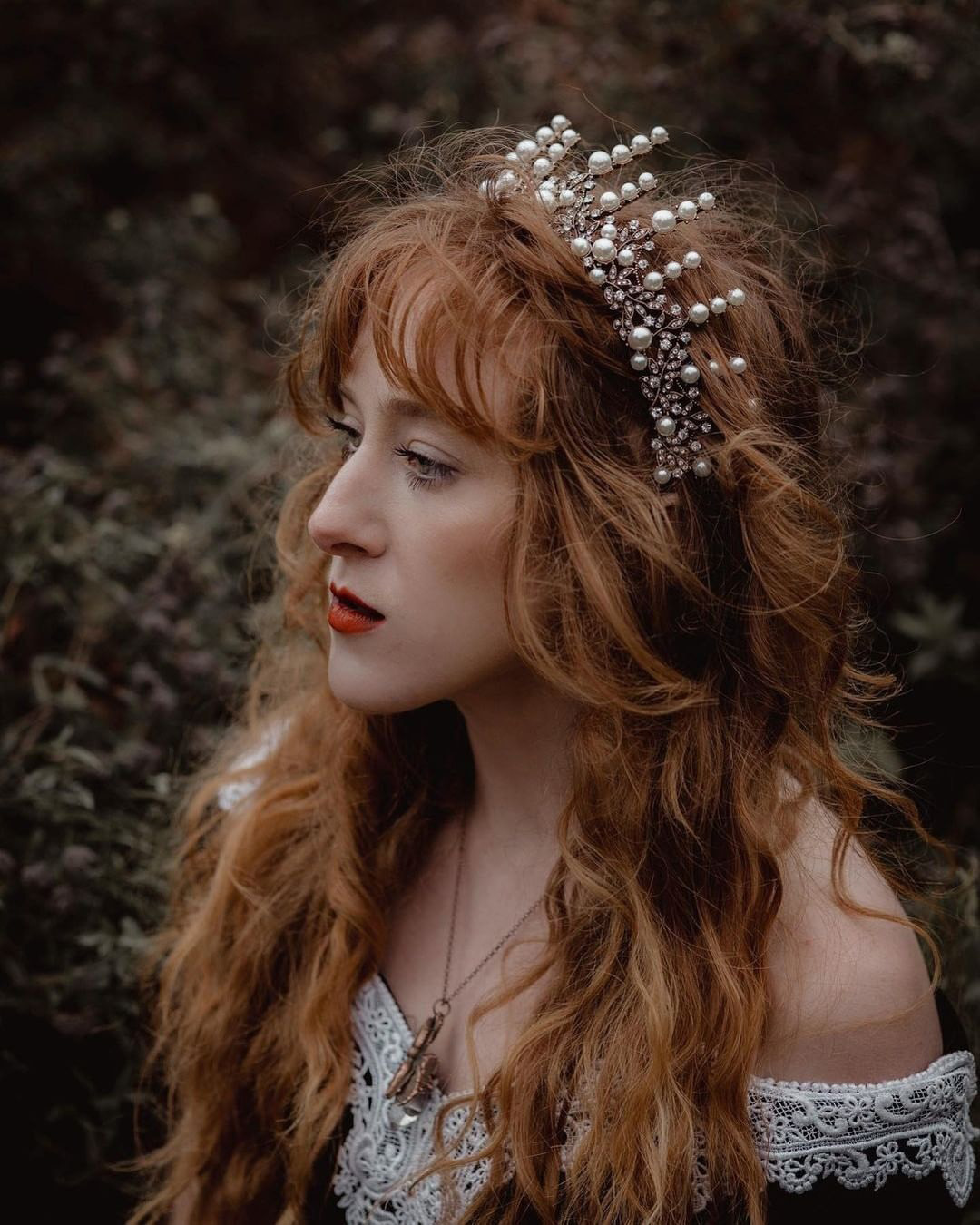 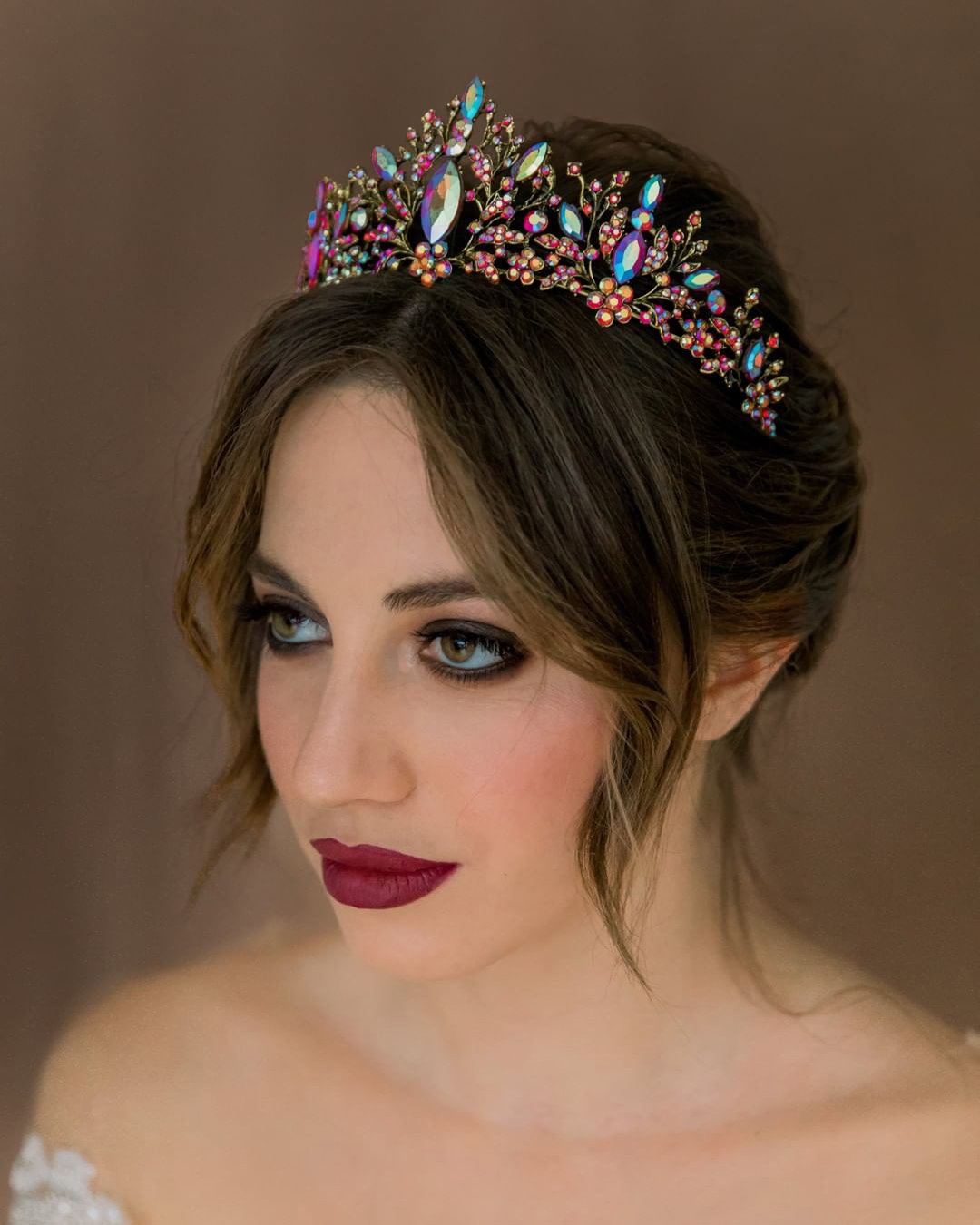 If you like nordic or are fascinated by the Scandinavian Viking updo wedding hairstyles, these stunning hairdos would blow your mind. If you want the modern and minimalist look, opt for a high or low ponytail which may even be a bit messy or with a bump. Also try side low buns with wispy curls to frame the face, twisted updos, waves, and minimal accessories.

If you want a boho and folksy look, the Viking style to choose is the updos containing fishtails and French braids. Also, consider the bride and double halos, especially those paired with low buns. Let some locks loose, down, messy, or twisted with fresh blooms for accessories. Also, wear floral crowns on wavy braided bumps and half updos. 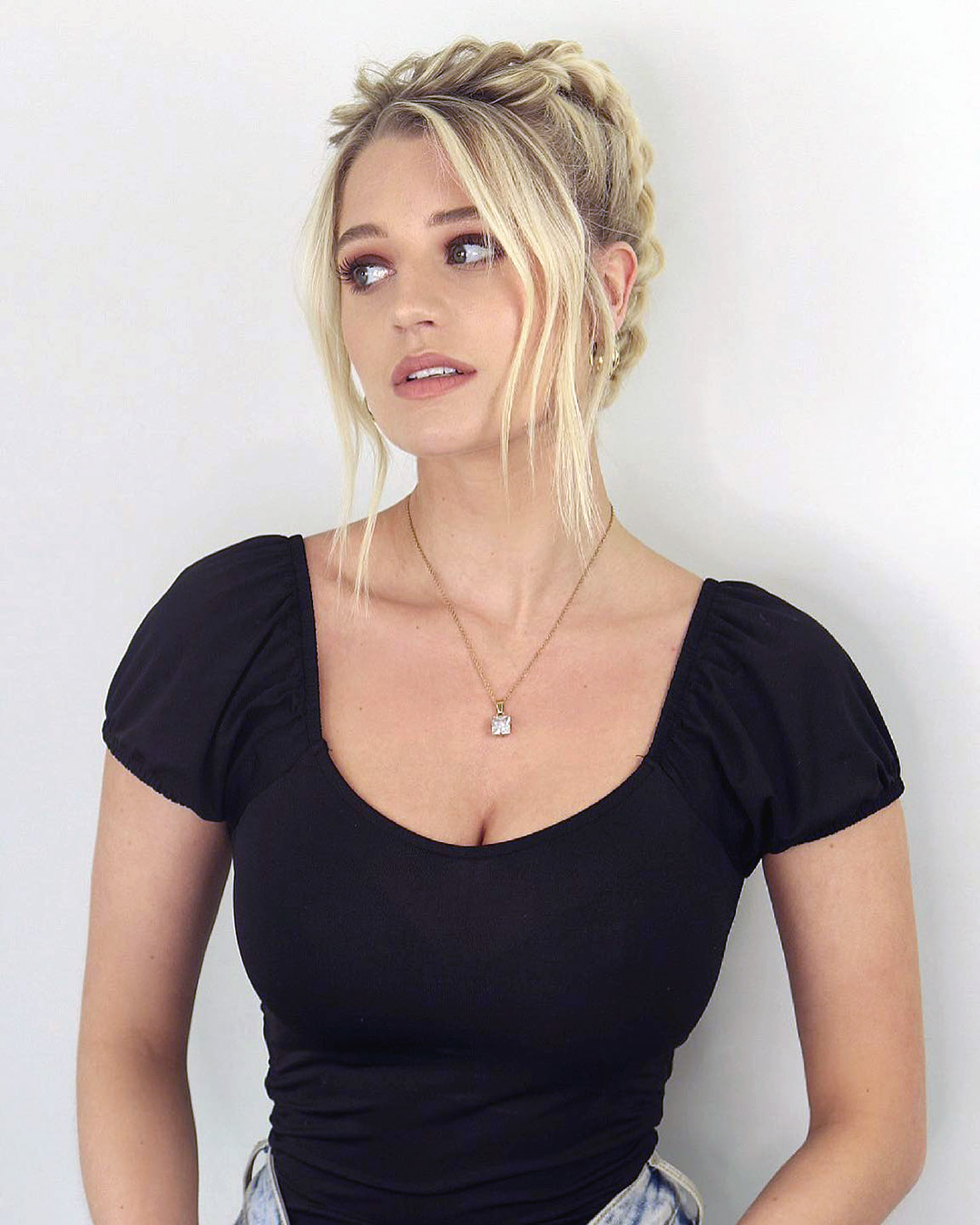 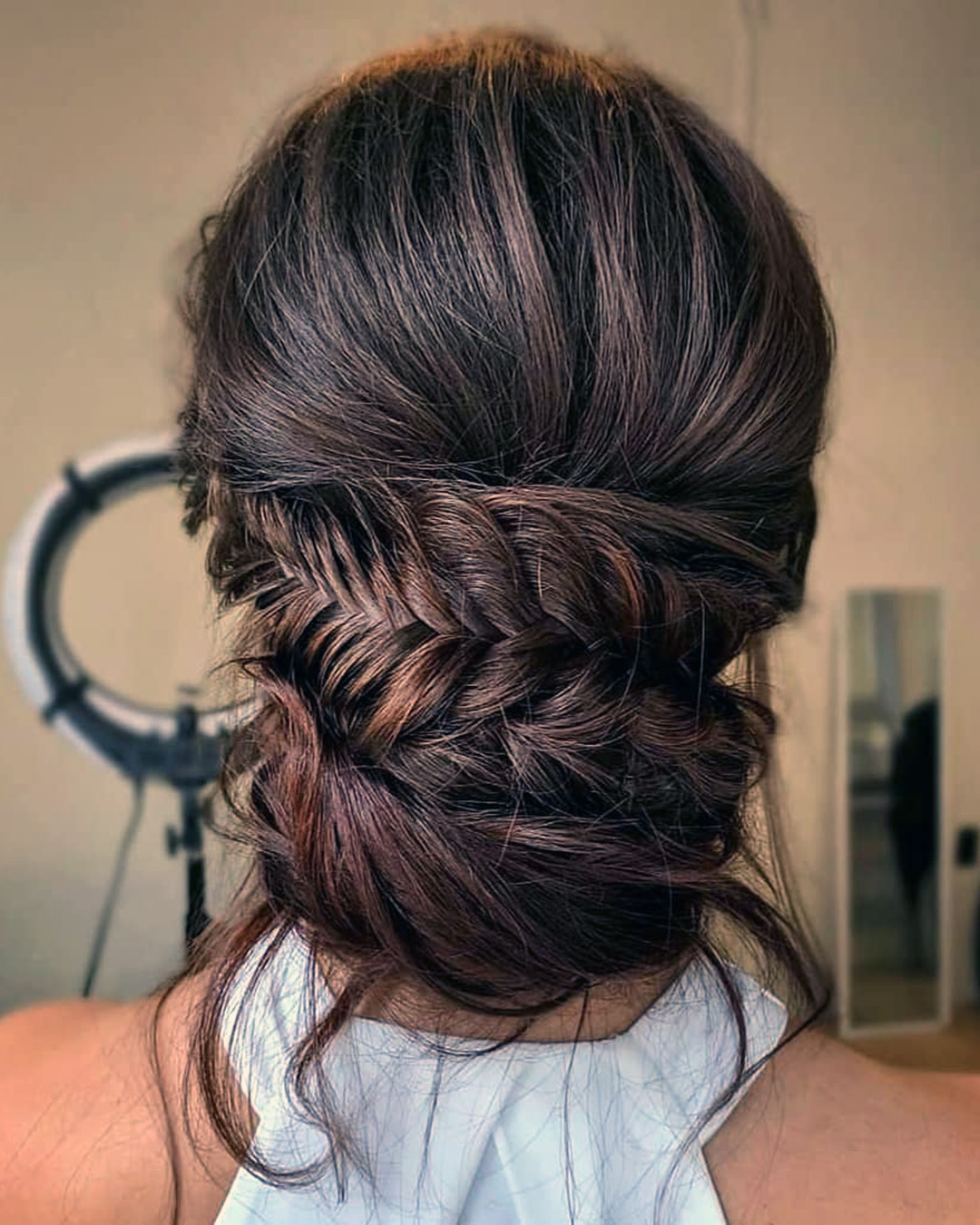 Ponytail wedding hairstyles Vikingdon’t get better than the Irish ribbon style for the bride who wants to channel Valkyries. Sweep your hair into a low ponytail and create a loose loop. Then pull some of your hair strands through the loop and pull the knot tightly. This style forms a halo around your ponytail for an ethereal look.

Another stunning style is the upgraded garden braided ponytail. Weave portions of your hair into two low-set braids, one on each side of your head. Secure them with a cord and roll them around your head, while packing the middle into a ponytail. We also love the Elling braided ponytail with a twist, incomplete buns, and loose ponytails with a bouffant. 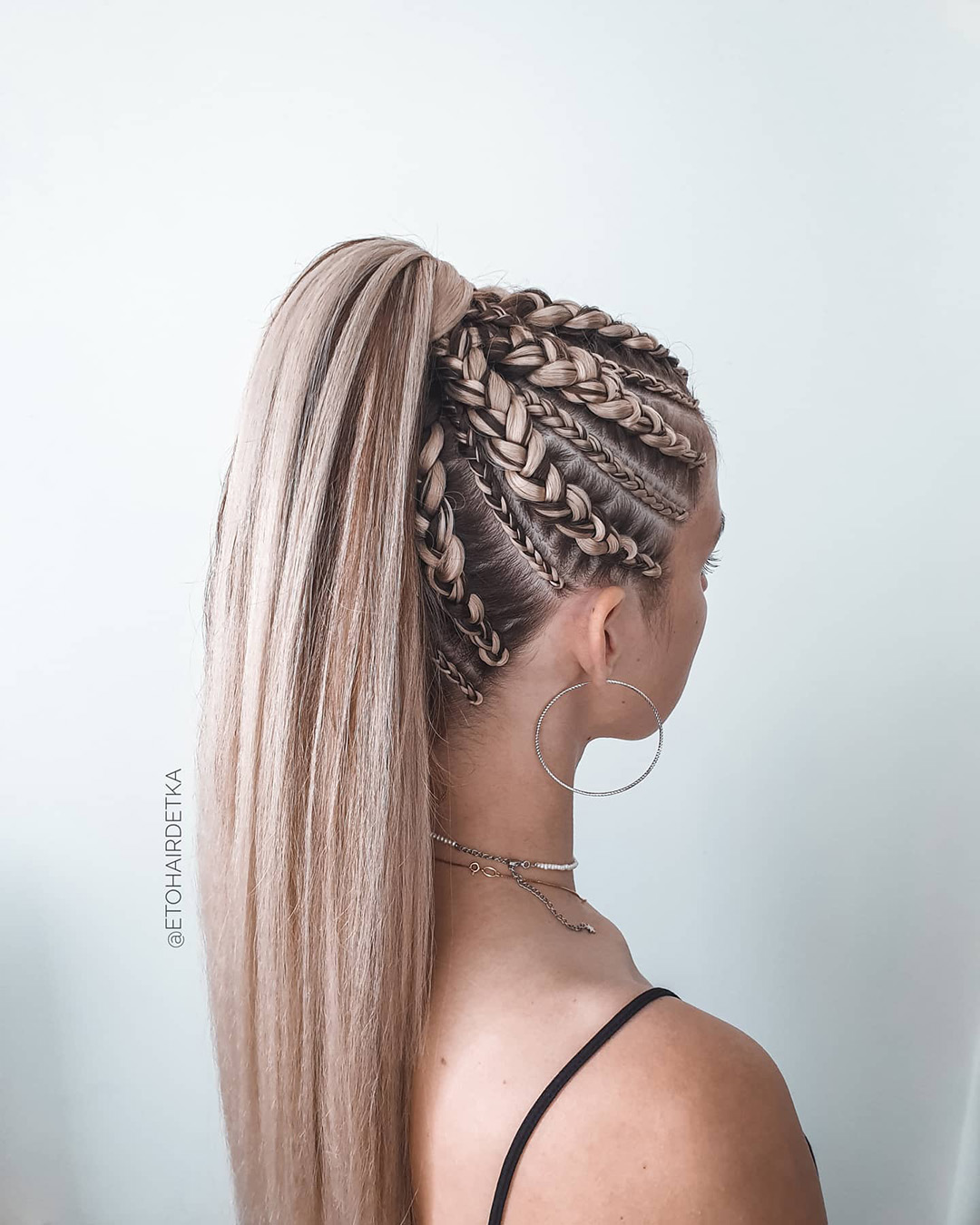 Half Up Half Down Viking Hairstyle

Half up half down women’sViking wedding hairstyles give you the best of both worlds. You can incorporate as many styles as possible into both halves of your hair. This style also frames the face, supplies volume to the hair, elongates the face, and attracts attention to your cheek, jaw, and neckline. We love the half-up twisted bun NordicViking wedding hairstyles where you section the hair in two.

Then you can braid tinier sections of the half updo and twist them together. You can also incorporate braid strands with light waves or do wrap-around half-French braids with cascading romantic waves. The wrapped braided half bun is a winner every time. Simply make a few braids and wrap them into a bun, then secure with bobby pins. But you can also do the Dutchhalf-upbraids or a double braided bun for a chic look. 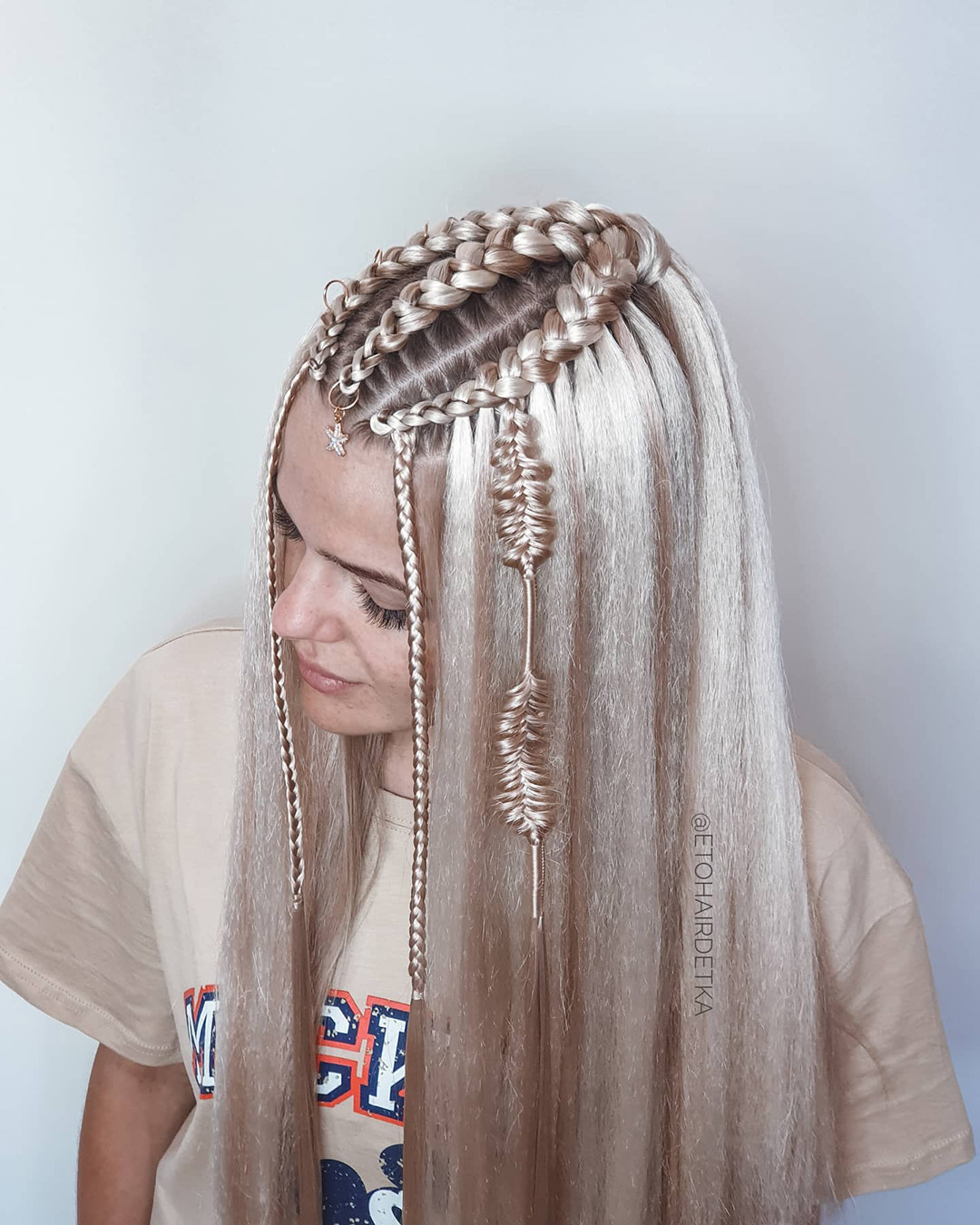 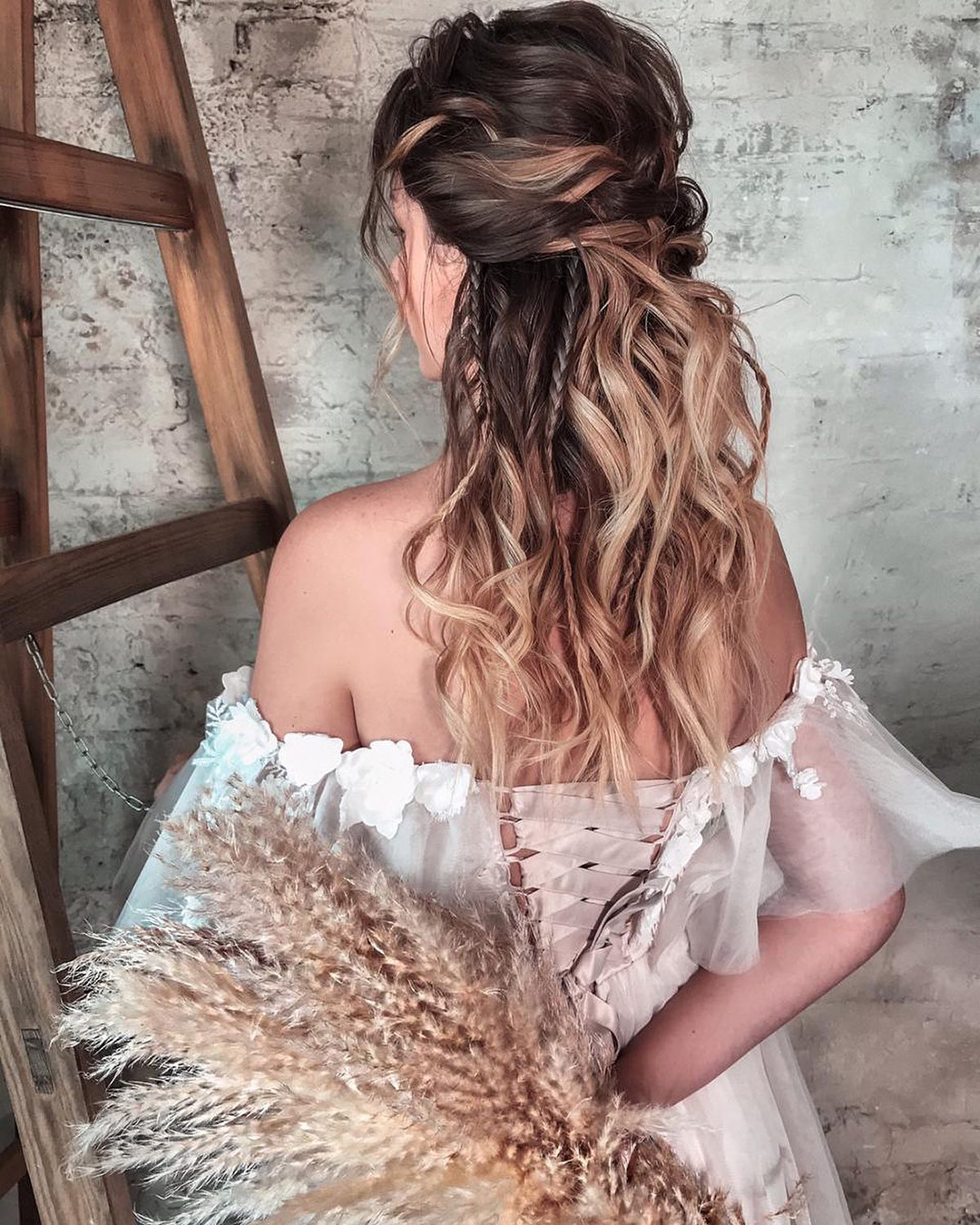 Braids are one of the oldest and most symbolic hairstyles for Vikings. So for your big day, try out some of these awesome braided Viking wedding hairstyles. Opt for shield maiden braids which constitute a collection of several types of braids to create a hairstyle. This classic look is a combination of an old meets new Viking appearance.

You can also wear decorated braids with barrel-style beads across the weaves for a lattice effect. However, the trove braids are simply stunning featuring beaded rows of braids around a center braid. This opens into a cascade of hair tipped with curls. We also adore the Viking fishtail, unlike the regular ones. It gives off a dramatic flair, especially when adorned with beads. Other exquisite styles include the free dis waves, two-tonne Viking braids, woven braids, multi braids, Lagertha Plaits, and more. 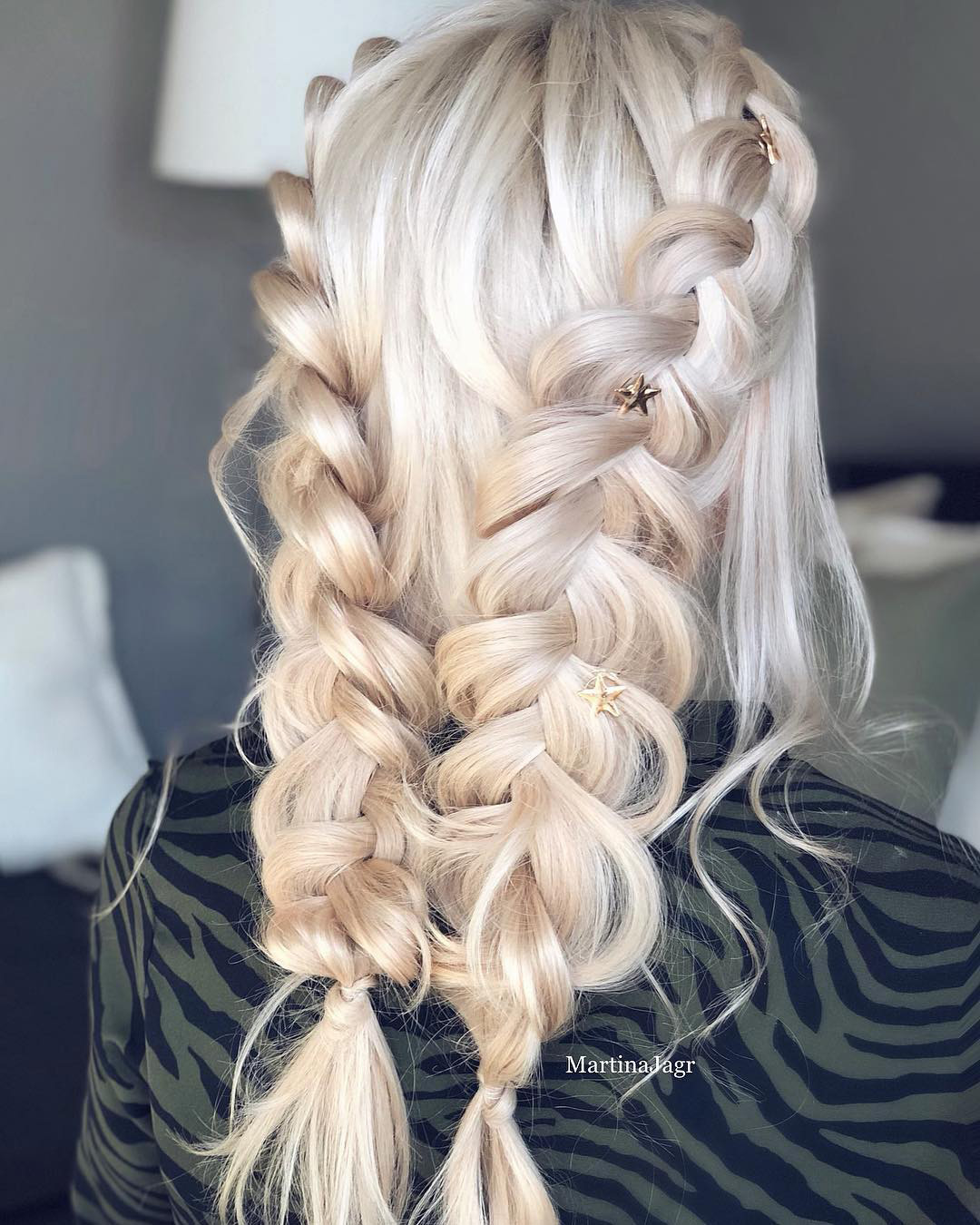 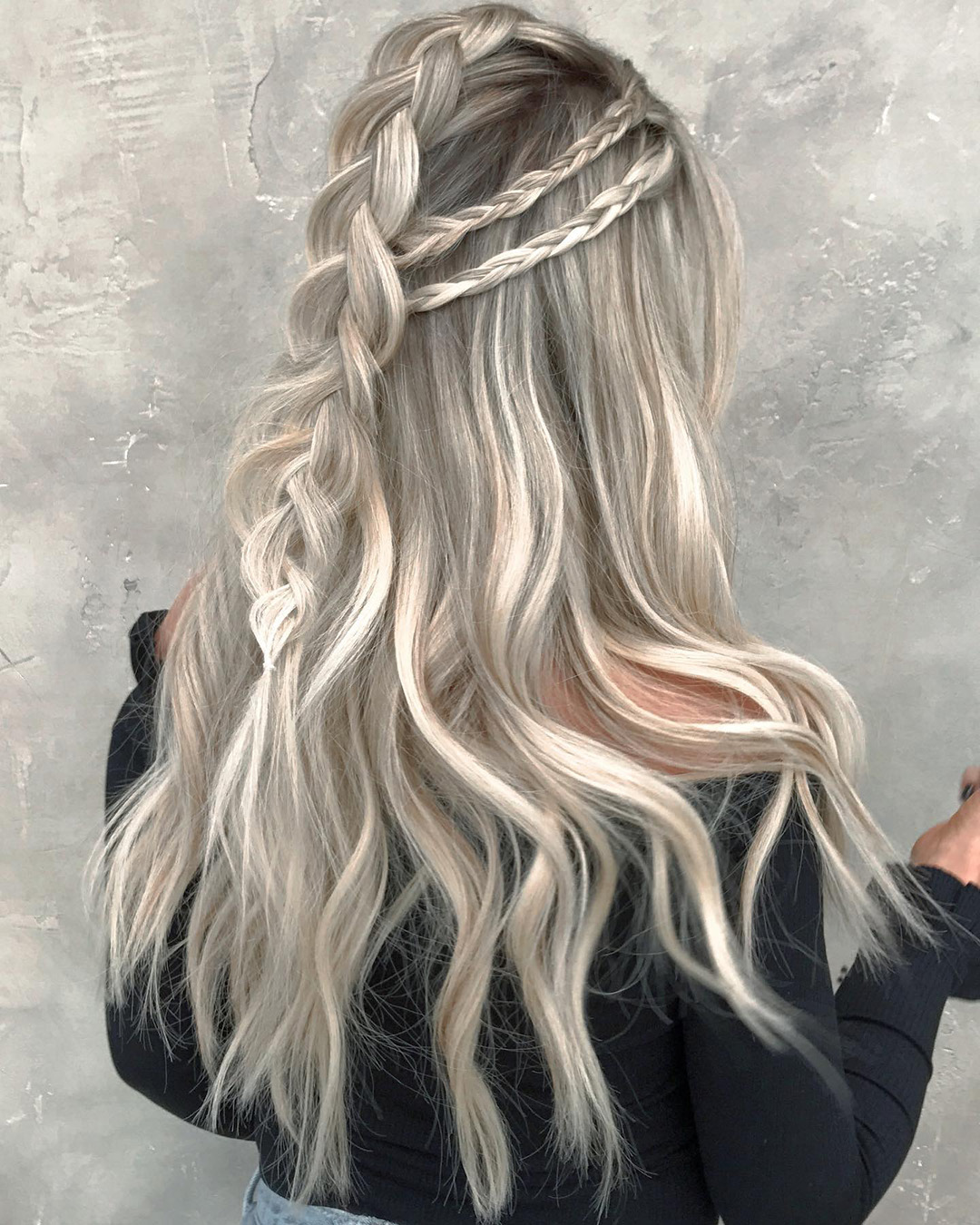 Looking for cool Viking wedding hairstyles for short hair? Get in here for your epic and daring hairstyles that channel confidence, attitude, and femininity. If you have a crop, opt for the dies or temple shave for an edgy and modern appeal. You can also wear a deep braided side part with curled sides. For the crown, a pompadour is magnificent and expresses history.

Wear swept-back loose braids in layers for a simple warrior look but if you want a little dramatic look, sweep your hair into a messy top bun and add texture to the lower half with waves. This style also matches a hipster or beach wedding look. Other alluring styles include a messy half-pony, Mohawk, and half-bun. 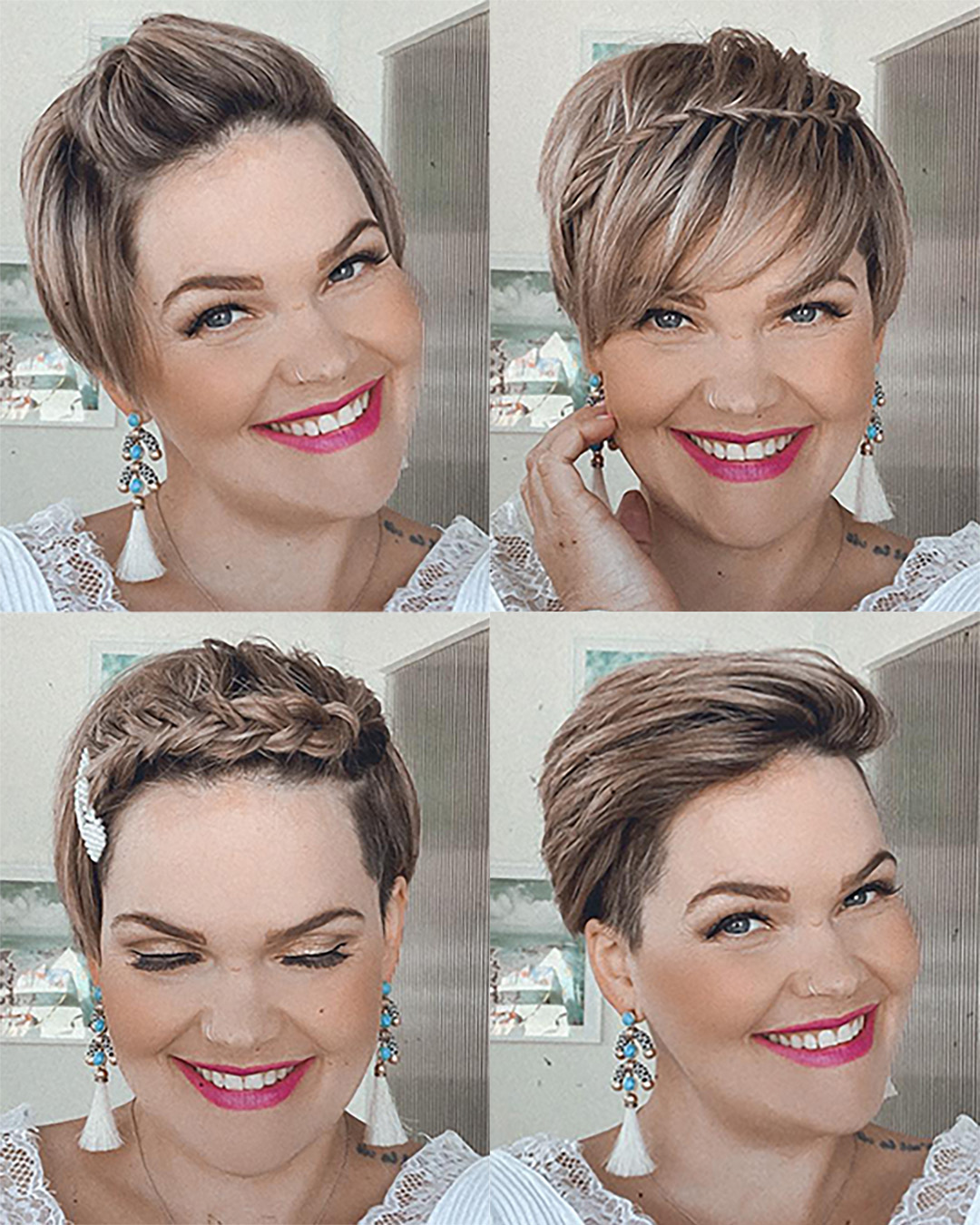 The Viking wedding hairstyles men wore delivered an appealing yet savage look. Who wouldn’t love a sexy bad boy? Some of our hottest Viking groom hairstyles include the forward sweep with long fringes in front and short back hair behind. We also fell in love with the shoulder-length rugged appearance with a deep center part and front braid.

This style screams fierce, especially for forest-themed weddings. The modern slicked-back hair in a ponytail is everything, looking groomed and suave. However, you can wear a messy man bun with untamed beard braids with loose side buns for aesthetics and drama. But for modern men, a large Mohawk or clean undercut with a man bun stays giving. 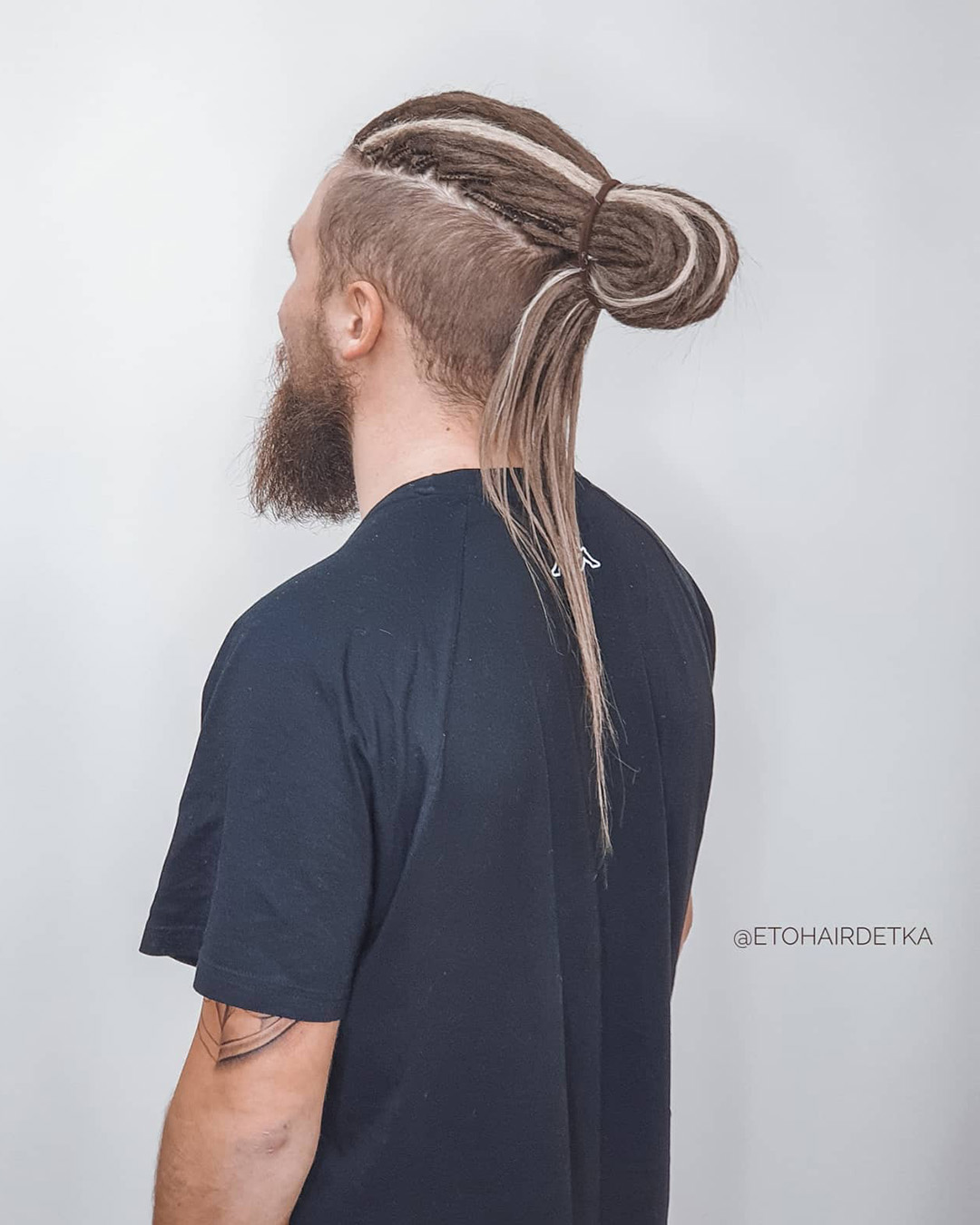 The symbolism and rich appearance of Viking wedding hairstyles are in a alone league. And if you want to channel a Norse vibe, our traditional Viking wedding hairstyles are up to the task. We have curated some of the most appealing Viking-inspired hairdos for brides, grooms, and guests suitable for all kinds of themed weddings. So check them out, get inspired, and knock their socks off.